On a tour of Tokyo, Asakusa is a must, but the area is more than just Sensoji Temple! Try these Asakusa desserts while you’re there!
Contents 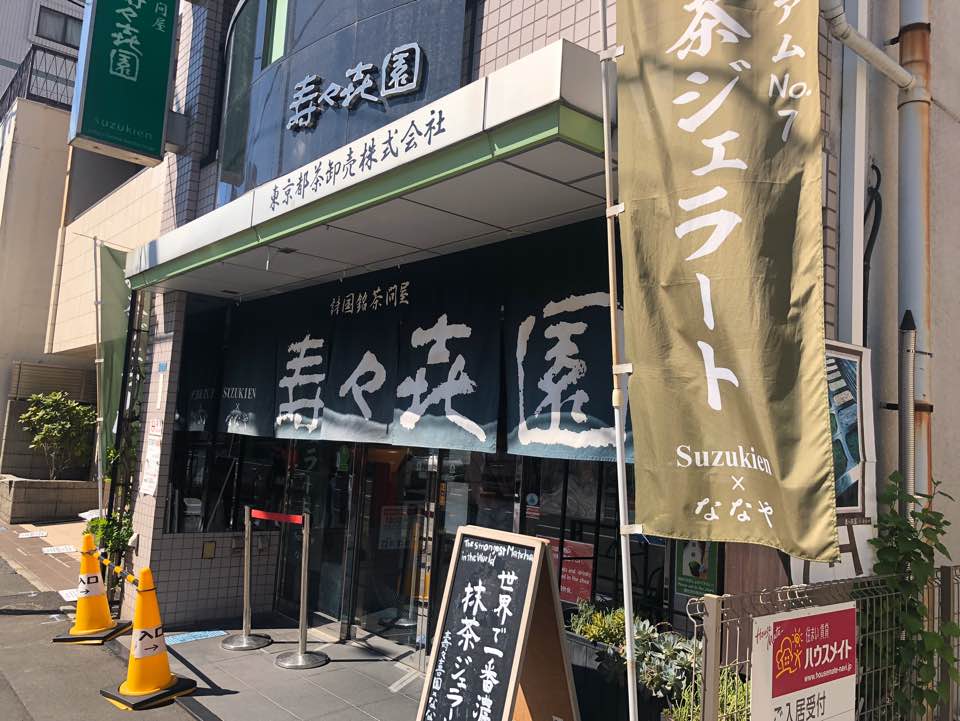 Asakusa is famous for Sensoji Temple (浅草寺) and the surrounding streets filled with little stalls and shops selling all kinds of souvenirs and traditional Japanese items, busy with tourists running around in kimono and locals enjoying the insta-bae atmosphere. But with all those people flowing through the neighborhood, you know there’s some tasty food, too! If you’ve got a sweet tooth, make sure you try these three desserts while you’re in Asakusa. 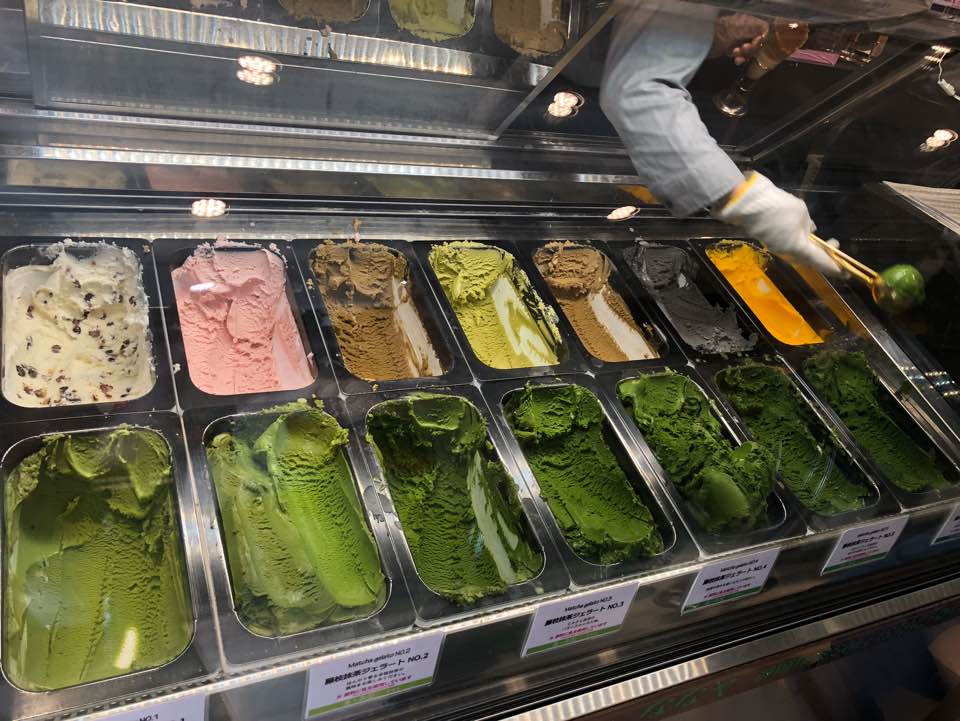 Suzukien
Google Maps ・ 10:00 – 17:00Suzukien might sell gelato in a variety of flavors, but the little shop is famous for its seven different levels of matcha ice cream. The lower levels have more of a creamy green tea latte kind of flavor, but it only goes up from there, and they boast the most intense matcha ice cream in the world.
(写真）
The other flavors come in eyecatching pinks and oranges, but the simple gradation in green color between the seven different matcha levels is what people come for! They’ve got a little seating area, so you can really savor the gelato experience.
When I visited the shop, the matcha gelato was about 560 yen for a single-scoop cup, and 580 yen for the cone. If you’re not a matcha lover but still want to visit, the other flavors are a little cheaper, at 370 for a single-scoop cup and 390 for a cone.
Since they’re so famous for their matcha, they’ve got all kinds of green tea products for sale, too. Not a bad place to pick up souvenirs for matcha lovers! 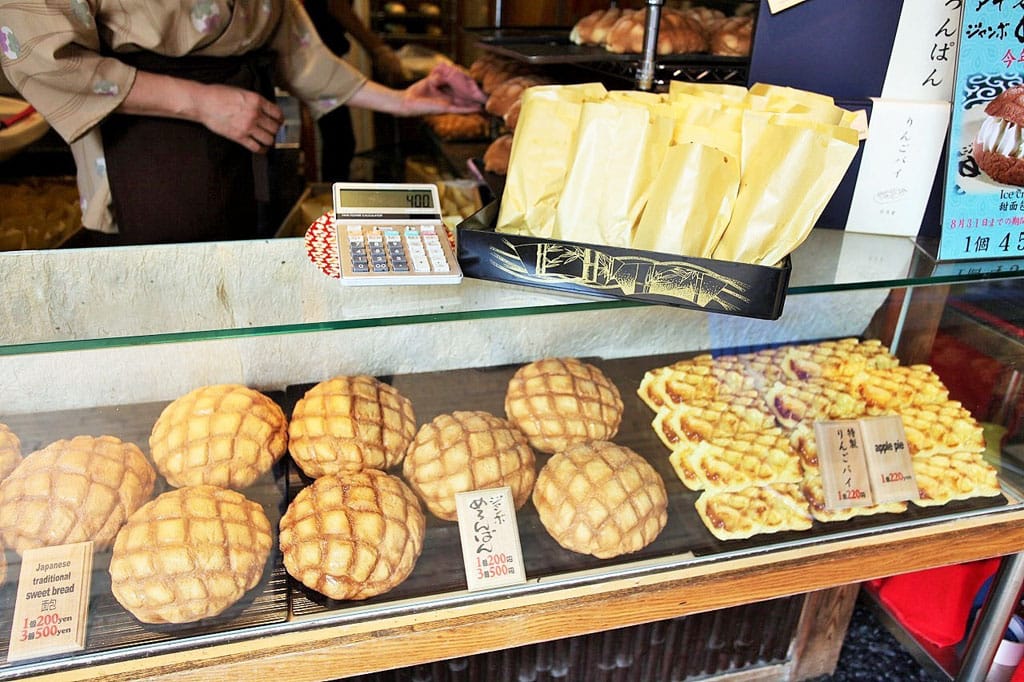 If you’ve ever watched an anime about life in Japan, you’ve almost certainly seen the characters enjoying some sweet melon bread. It’s available all over the country, but Asakusa is famous for this baked good, and just walking along Sensoji Temple’s side streets you’ll see a handful of places selling melon bread.
（写真）
Hoping to eat well on a budget? Here the melon bread is 200 yen for 1, or 500 yen for 3! They’re pretty substantial, too. (If you’re planning on eating ramen nearby I wouldn’t recommend eating three melon breads on your own. Maybe save a couple for later.) For an extra-decadent option, a few places sell their melon bread stuffed with whipped cream or ice cream! 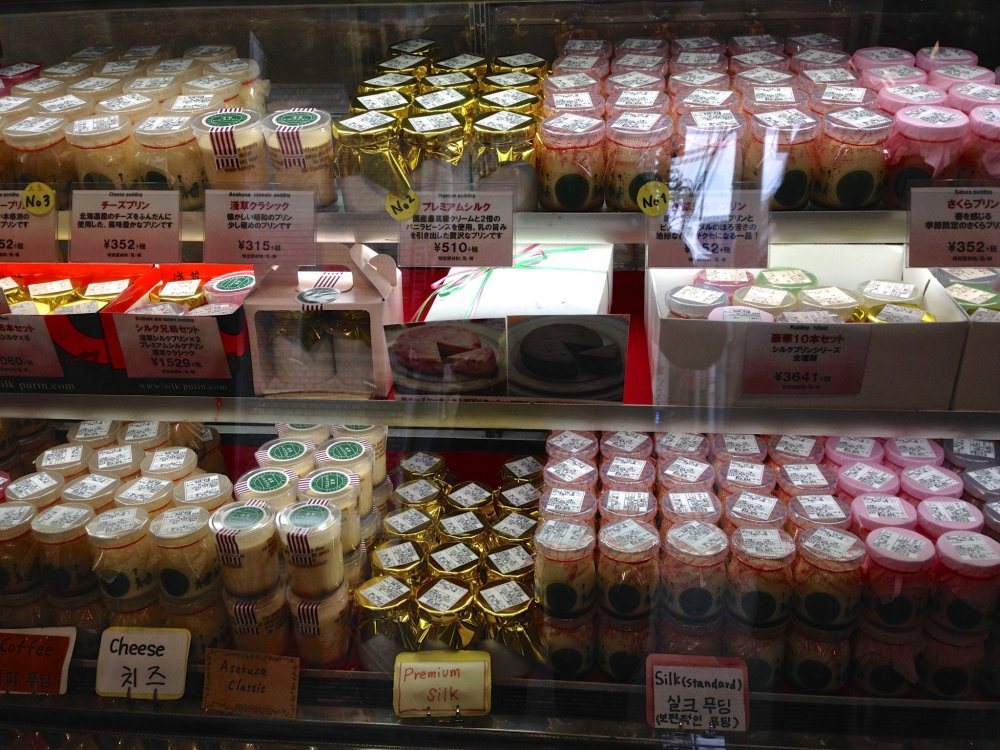 Asakusa Silk Pudding
Google Maps ・ 11:00 – 21:00This pudding is popular among those in the know―the luxuriously creamy texture has gained its own following.
（写真）

While standard Japanese pudding is usually something like a flan or creme caramel, this pudding also comes in a few additional flavors, like coffee and chocolate. The puddings also come in these nice jars, which I think are perfect to take home as a souvenir for a little home decor.

Which one will you eat on your next trip to Asakusa? If you’re having trouble deciding, why not try them all? And for more updates and info from Japan, don’t forget to follow Japankuru on twitter, instagram, and facebook!

2020年12月9日 kuan
flipseekpubs
After opening the first-ever city-center Ikea in Harajuku this year, I …

The enchantment of TOKYO TOWER

How are you doing, Japan? ＜Vol.001＞ Sunshine Aquarium (Ikebukuro, Tokyo)

2020年12月16日 jon
flipseekpubs
In the midst of postponed plans, closed facilities, and worries about  …

Don't Know Where To Buy Souvenirs? Here's One In Shinjuku MYLORD Shopping Centre For You

2020年12月9日 kuan
flipseekpubs
For many of those who come to Tokyo, surely shopping is one of the top …

5 Illumination Light Up Events in and Around Tokyo in 2020